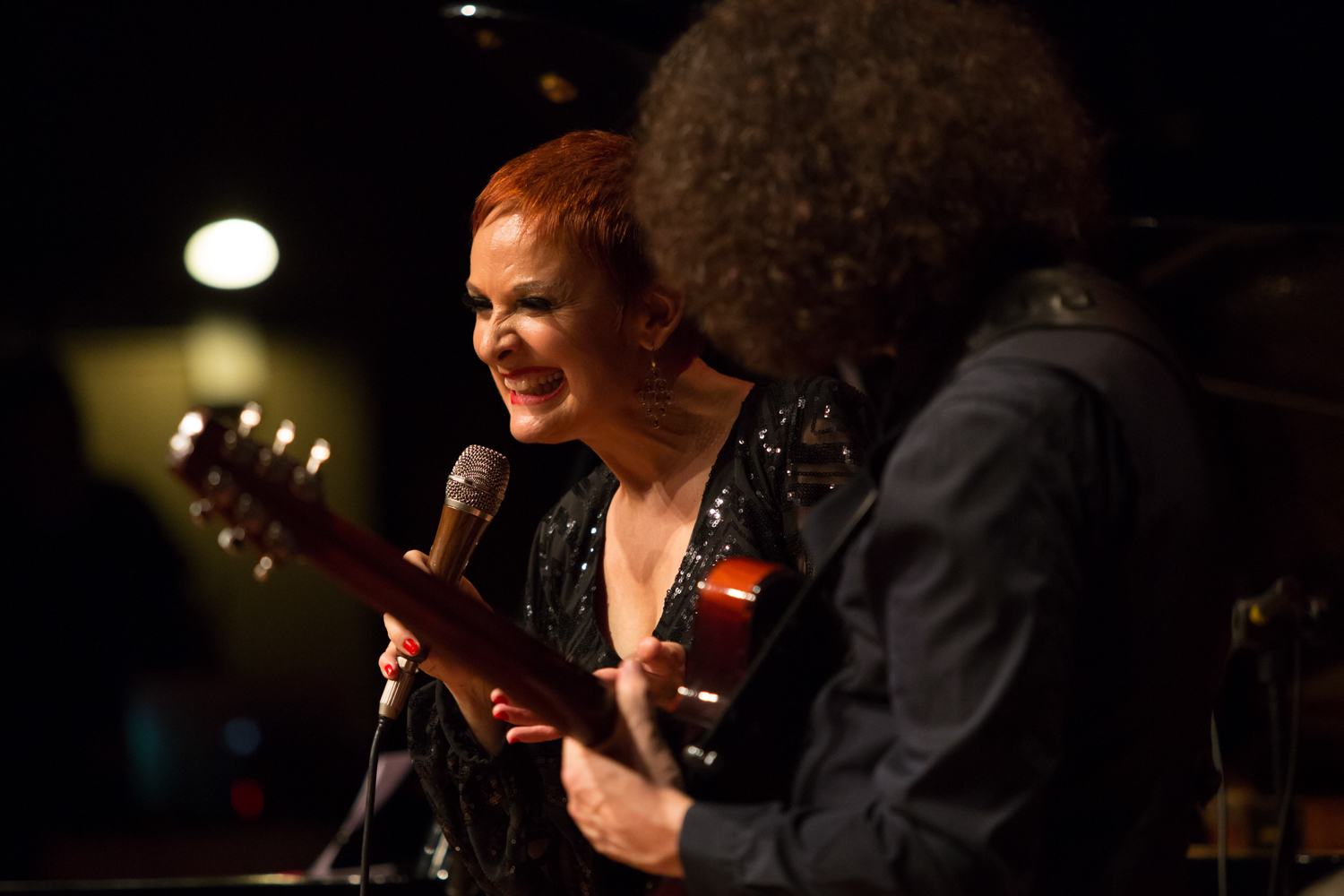 will present their  “PORTRAITS IN BOSSA & JAZZ TOUR 2019”

Minnozzi and Ricci are returning to the United States after a January show with a sold-out audience at NYC’s legendary Birdland followed by other sold-out performances in jazz venues such as Mezzrow’s, Jazz Forum, Zinc Bar and Trumpets in New Jersey. “Portraits In Bossa & Jazz” then moved on to Europe with a calendar of concerts there as well as in South America.

In a repertoire that draws from samba, bossa nova, swing, and blues in unique interpretations of the great composers ranging from the poignant reading of “Insensatez”, by Antonio Carlos Jobim, to the sly musical swing created in “Via Con Me”by Paolo Conte and a spirited version of  “Triste Sera” by Luigi Tenco. Mafalda, multi faceted interpreter of international stature, sings in her native Italian, in English (“Dindi”, “My Shining Hour”), in French (in a bluesy rendition of “Nuages” by Django Reinhardt) and in Portuguese, although the true language eMPathia is the one created by the dialogue between her voice and the guitar of Paul.

Vocalist Mafalda Minnozzi’s over 20 year career in Brazil has earned her the title of ambassador of Italian music as well as celebrity status there where she began working together with Ricci in 1996. Since then, many artistic collaborations between them led up to their current project. The vocalist has collaborated with Martinho da Vila, Milton Nascimento, Toquinho, Gene Bertoncini, Andre Mehmari, Art Hirahara, Helio Alves, Rogerio Boccato, Lucio Dalla, Paulo Moura and Nico Assumpção, while Ricci has played with Roy Haynes, Kenny Barron, Bebel Gilberto, Astrud Gilberto, Mino Cinelu, Randy Brecker, Sonny Fortune, Manolo Badrena and Harry Belafonte. Referring to Minnozzi, the music critic

“Mafalda Minnozzi, is an extraordinary performer. She dominates the stage with her fascinating scenic presence and her powerful and flexible voice, rich in a thousand nuances” – Gerlando Gatto (journalist, music critic and author of ”L’Altra Metà del Jazz”)

“Thanks to her experiences with jazz music in Brazil and Italy, both countries influence her way of singing … each interpretation is deep and sensitive. This is jazz for falling in love, the free flight of a bird in a great sky. “- Debbie Burke (blogger and jazz critic)

“She has a beautiful conception of each song and is a wonderful performer. I am fascinated by her way of improvising and interacting” – Gene Bertoncini (legendary NY jazz guitarist)